EXcel Endeavor Media is a Beverly Hills based film and digital media development and production company. Our mission is to Endeavor to create highly entertaining content for the global audience. In particular, our mission is to EXcel at creating content that is commercially viable, culturally significant, emotionally resonant and intellectually satisfying.

We are committed to developing motion picture product using a balance producer approach that addresses and sustains a carefully orchestrated balance between the picture’s creative needs, the needs of the distributor, its audience and the need to generate a profit for each picture. Toward this end we assert that EXcel Endeavor Media will work closely with our distribution and sales agent partners throughout the development and production of our motion picture products in order to ensure each picture’s strongest production values, to achieve its maximum audience performance in the territory that they serve and to assure the greatest support of marketing and public relations in order to prepare each picture’s audience.

Excel Endeavor Media is currently in the process of installing a Board of Advisers consisting of top executives in the area of Entertainment Banking, Entertainment Law, Public Relations and Brand Management, Distribution, Physical Production, Entertainment Accounting and Completion Bond management. 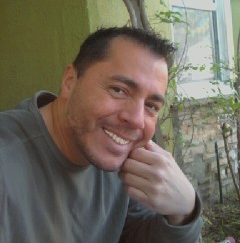 Marco is a two-time fellow of the National Association of Latino Independent Producers (NALIP) Writers Lab in 2006 and again in 2007 for his feature film projects “86” and HOW TO COPE WITH SUBURBAN STRESS. He is also a two-time fellow of the NALIP Producers Academy in 2006 as a producing fellow, and then again in 2007 as a directing fellow. He is a two-time finalist for consideration to the Sundance Writers Lab in 2007 for his feature film, “86”, and then again in 2008 for his adaptation of the novel “How to Cope with Suburban Stress”, a suburban satire by David Gallef, which was featured in the Kirkus Reviews article in the August 2006 edition of the Hollywood Reporter.

From 2010 to 2012, Marco held the position of Vice President of Creative Development at SunCast Entertainment, a motion picture development and production company based in Phoenix, Arizona with representation from William Morris Endeavor Entertainment. Previous to his position at SunCast Entertainment, Marco held numerous positions as consultant and/or project manager in the IT industry with over a 20 year period with such companies as Adaptive Broadband, Inter-tel, WorldatWork, American Express and Red Bull. As a Senior Consultant at Oracle, Marco worked with brands such as Pella Windows, Advanced Digital Information Corporation (ADIC), GE Medical Systems, Karsten Ping, Hitachi Data Systems and Unisys Corporation. Marco is former CEO of AviaBid.com, the Internet’s first B2B aviation auction destination, where the “Aviation Internet Directory: A guide to 500 Best Aviation Websites”, published by McGraw-Hill Publishing, listed Aviabid.com among its top websites in 2001.

Marco attended Arizona State University, where he majored in Aerospace Engineering, History, and Applied Mathematics. He is a graduate of the UCLA’s graduate Professional Producers Program as well as the graduate Professional Screenwriting Program and attends the directors program at the prestigious Beverly Hills Playhouse.

He holds a B.A. in Business from Western International University and is a member of Delta Mu Delta National Honor Society in Business Administration.

Marco has been featured in publications such as Indie Slate Magazine, Latino Perspective and MovieMaker Magazine and has recently received press in VARIETY for his role as co-producer of the Sundance Feature film, WATER & POWER, which stars Clancy Brown (SHAWSHANK REDEMPTION, COWBOYS AND ALIENS).

Mr. Santiago is currently involved in the creation of a non-profit organization for the advancement of the awareness of childhood human trafficking in the United States in partnership with MillionKids.org.

Enter “Xtraction” by filmmaker Marco Santiago, Jr. The film looks and sounds like a slick and professional Hollywood production. The...

With equal parts psychological drama and pure action thrills, writer/director Marcos Santiago Jr. has constructed a film that taps into...

“86” announces the arrival of a new voice and a writer-director with a very bright future....